I spent a rare few hours in the lab the last few days, actually doing research. Or at least attempting to. Actually I made no progress at all. But did reach base camp: I managed to set up and run the ethical-dilemma robot experiment. And in the process refreshed my rusty command-line Linux. I was also reminded how time consuming, and downright frustrating experimental robotics research really is. Here's a taste: everything is set up and looks ok... but wait - the tracking system needs recalibrating; hmm... where's the manual? Ah, found it. Ok, wow this is complicated. Needs the special calibrating wand, and set square device... An hour later: ok ready now. Start everything up. But one of the robots isn't connecting. Ah, battery low, ok battery changed, now back up 4 steps and restart. And so it goes. 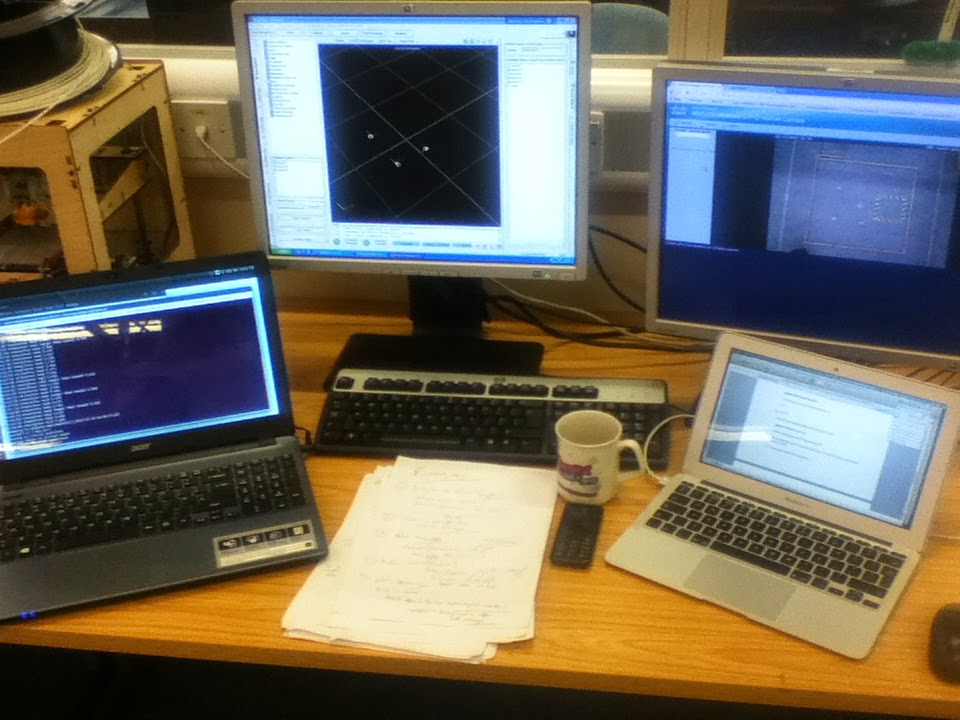 This is Swarmlab mission control. Three computers, three different operating systems;) The one in the middle (Windows XP) is running the Vicon tracking system, and monitoring via an overhead webcam. The laptop on the left (Ubuntu Linux) is running the four different processes to start and manage the three robots. 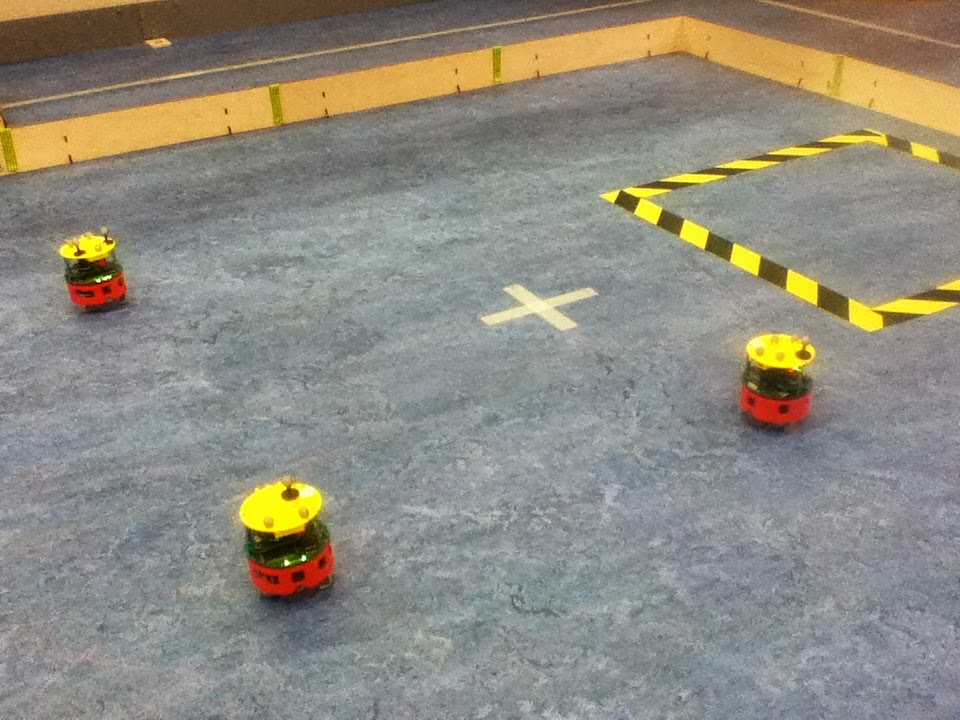 Here are the three e-pucks, each a WiFi networked Linux computer (Debian) in its own right. Actually each robot has two processors: a low-level PIC microcontroller to take care of motor control, managing the robot's sensors, etc. And an ARM processor for high-level control. The two interfaced via the SPI bus. 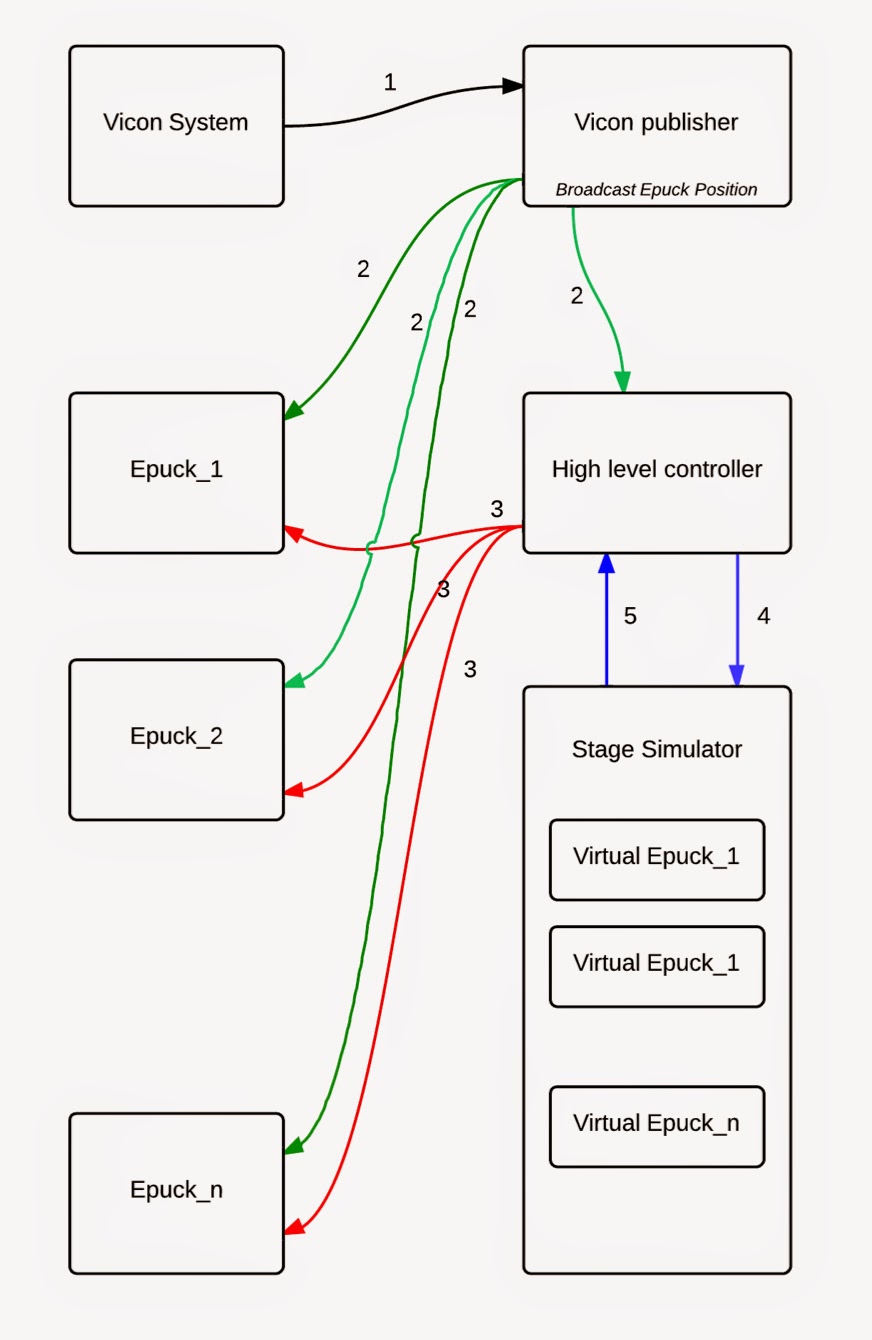 The setup is complicated. 5 computers in total, running a total of 9 networked processes. Here's a diagram showing those processes and how they are linked.

So, back to research.

The task I had set myself was to make some small changes to the high level controller. How hard can that be, you might think? Well it feels a bit like brain surgery: trying to tease apart code that I barely understand without breaking it. The code is well written and well structured, but it's in Python, which is new to me. It's only a couple of hundred lines, but like the neo-cortex - it's a thin layer at the top of a complex network of carefully choreographed processes and subsystems.