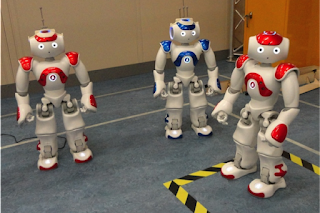 Ethical Governance: what is it and who's doing it?

But what exactly is ethical governance and who is doing it, and perhaps more importantly, who in robotics and AI is doing it well?


a set of processes, procedures, cultures and values designed to ensure the highest standards of behaviour. Ethical governance thus goes beyond simply good (i.e. effective) governance, in that it inculcates ethical behaviours. Normative ethical governance is seen as an important pillar of responsible research and innovation (RRI), which “entails an approach, rather than a mechanism, so it seeks to deal with ethical issues as or before they arise in a principled manner rather than waiting until a problem surfaces and dealing with it in an ad hoc way [1]”

So what would I expect of companies or organisations who claim to be ethical? As a starting point for discussion here are five things that ethical companies should do:
My final point about really valuing ethical governance is of course hard to evidence. But, like trust, confidence in a company's claim to be ethical has to be earned and - as we've seen - can easily be damaged.

This brings me to my second question: who is doing ethical governance? And are there any examples of best practice? A week or so ago I asked Twitter this question. I've had quite a few nominations but haven't yet looked into them all. When I have, I will complete this blog post.