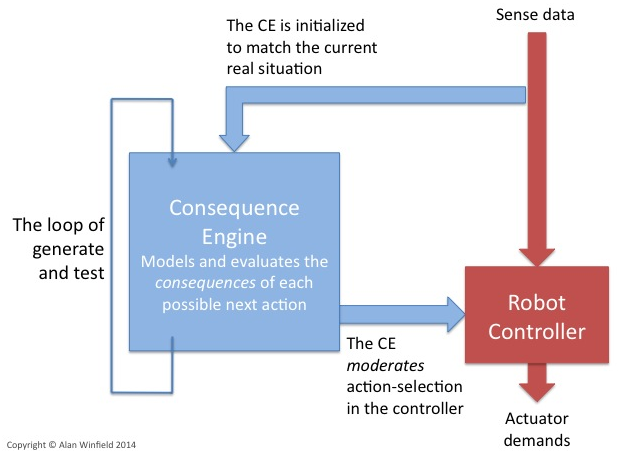 Estimating the energy cost of evolution

Want to create human-equivalent AI? Well, broadly speaking, there are 3 approaches open to you: design it, reverse-engineer it or evolve it. The third of these - artificial evolution - is attractive because it sidesteps the troublesome problem of having to understand how human intelligence works. It's a black box approach: create the initial conditions then let the blind watchmaker of artificial evolution do the heavy lifting. This approach has some traction. For instance David Chalmers, in his philosophical analysis of the technological singularity, writes "if we produce an AI by artificial evolution, it is likely that soon after we will be able to improve the evolutionary algorithm and extend the evolutionary process, leading to AI+". And since we can already produce simple AI by artificial evolution, then all that's needed is to 'improve the evolutionary algorithm'. Hmm. If only it were that straightforward.

About six months ago I asked myself (and anyone else who would listen): ok, but even if we had the right algorithm, what would be the energy cost of artificially evolving human-equivalent AI? My hunch was that the energy cost would be colossal; so great perhaps as to rule out the evolutionary approach altogether. That thinking, and some research, resulted in me submitting a paper to ALIFE 14. Here is the abstract:

The full proceedings of ALIFE 14 have now been published online, and my paper Estimating the Energy Cost of (Artificial) Evolution can be downloaded here.

And here's a very short (30 second) video introduction on YouTube:

My conclusion? Well I reckon that the computational energy cost of simulating and fitness testing something with an artificial neural and synaptic complexity equivalent to humans could be around 10^14 KJ, or 0.1 EJ. But evolution requires many generations and many individuals per generation, and - as I argue in the paper - many co-evolving artificial species. Also taking account of the fact that many evolutionary runs will fail (to produce smart AI), the whole process would almost certainly need to be re-run from scratch many times over. If multiplying those population sizes, generations, species and re-runs gives us (very optimistically) a factor of 1,000,000 - then the total energy cost would be 100,000 EJ. In 2010 total human energy use was about 539 EJ. So, artificially evolving human-equivalent AI would need the whole human energy generation output for about 200 years.

Related blog posts:
Why robots will not be smarter than humans by 2029