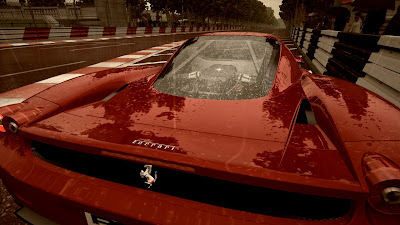 Of course this blog is really just an excuse for me to post a screen capture from the stunning Project Gotham Racing 4 of me driving (in my dreams) an Enzo Ferrari down The Mall, in the rain.
Posted by Alan Winfield at 7:27 am